So apparently, we are definitely getting a new Batman in about two-years’ time, and the role will be played by actor/producer/director Ben Affleck. For the uninitiated, we saw Christopher Nolan wrap-up his Batman movie trilogy last year with the Christian Bale-starrer The Dark Knight Rises and Ben Affleck has done comic book roles before in Mark Steven Johnson’s Daredevil.

This is certainly an interesting time for DC/WB since they just recently launched their own cinematic universe with this summer’s hit Man of Steel and we know that there are going to be three more movies in this “phase 1” at the least: Batman vs Superman (2015), The Flash (2016), and Justice League (2017). I blogged a while back about how DC could start building its own cinematic universe to counter what Disney/Marvel have been doing with an incredibly successful line of Marvel movies.

This “plan” of mine, called Justice League: Strange Union, called on WB studios to make movies with characters that we haven’t yet seen in a live action adaptation for the cinemas and to keep any characters they wanted to reboot for the eventual Justice League film where Martian Manhunter could be added in as a new character for people to get to know.

As things stand though, based on the information that came out of San Diego Comic-Con last month and from all Hollywood sources last night, my plan is pretty much what I knew it would be: a mere hopeful fantasy.

In that other blog post, I mentioned that the movers and shakers at WB/DC just don’t have the same vision or same thirst for challenge that their counterparts at Disney/Marvel do. And this is not a mere opinion, this is a proven fact. One need only look at all the news coming out of both sides to see how that is all happening.

Creating a connected movie universe with diverse characters isn’t something that WB/DC seems to care about, plain and simple. They want to reboot Batman within 3 years of the character’s last outing on the big screen. They want to reboot Green Lantern within six years of the character’s (disastrous) last outing on the big screen. They don’t want to do a Wonder Woman adaptation because the character is too hard. They don’t want to do something fantastical such as Wonder Woman and Aquaman despite the fact that Disney/Marvel has already taken a chance with Thor and there’s a sequel coming out in 2-3 months.

Frankly, this is all extremely depressing. I love DC’s superhero characters. They are (comics) characters I’m most familiar with and I read DC comics far more than I read Marvel comics. And yet, Marvel movies get me more excited than DC movies. Sure, one of the obvious reasons is that these movies are fresh and the characters haven’t been done to the death already in the last fifty years, but that’s exactly it.

I find myself going back over and over to the Christopher Nolan Batman trilogy, which has made somewhere in the region of $2.5 billion to date, quite a staggering amount for a single character who has been portrayed by no less than three other actors already. This says a lot about the staying power of the character on the big screen in an era where we are seeing more and more comic book adaptations hitting cinemas everywhere.

But consider this: the Robert Downey Jr. starrer Iron Man trilogy has made an equivalent amount of money at the box office, and this is a character who is fresh to the format and helped launch Marvel’s entire line of films, which are projected to go on all the way to 2021 according to executive producer (for all of MCU) Kevin Feige. And let’s not even go into The Avengers or the upcoming The Avengers 2: Age of Ultron where Iron Man is a primary team member.

What does that tell us? A good script with a good actor and a fresh character can take on a good script with a good actor with an over-done character one-on-one. And end up doing just as well, if not better. That’s one of the lessons that WB/DC desperately need to learn from Disney/Marvel. Why is this such a tough concept to grasp? If this is obvious to an amateur movie critic such as myself, then surely it should be obvious to the bigwigs in Hollywood? Is it possible that they are just too secure in their own beliefs and points of view that they just don’t want to acknowledge the realities of a market that is increasingly becoming saturated with the type of product that they want to put out?

Because I just don’t get any of this.

Why do we need a new Batman so early? Sure, The Dark Knight Rises made more than a billion bucks but Nolan effectively killed the character for any future adaptations that want to follow on from the story. A Bruce Wayne who has lost control of Wayne Enterprises and is penniless. A Batman who is thought to be dead. A Gotham where a beat-cop is about to turn into Robin the Man-Wonder. And yet here we are. Ben Affleck is meant to be an older Batman who will be going up against Cavill’s Superman and somehow Frank Miller’s The Dark Knight Returns is meant to be the inspiration for the source material. That graphic novel told a story where an old, old Batman comes out of retirement to clean-up Gotham and ends up coming into conflict with Superman who is now a government weapon.

Can we just take a moment to consider all of that? An adaptation of The Dark Knight Returns does not work without some serious rework, especially since the movie is being billed as a “two heroes in conflict” movie, which isn’t what Frank Miller was writing, exactly. And the current movie version of Superman is not a government weapon, far from it.

DC/WB seem intent to confuse their movie franchises for the viewers and this is bad for business and for their image.

Just to clarify something: my earlier question may seem weird given the answer that I give, but honestly, just think about it. We don’t need a Batman reboot so early, especially not as part of a film where he is one of two protagonists. A Justice League film is a much better vehicle for a reboot since there are other important characters in the movie and so the focus need not be on him at all, which is what the case in Batman vs Superman will be. Just look at the name and that should help in the clarification.

To go back to Ben Affleck as Batman. I don’t really mind seeing him as Batman/Bruce Wayne. I think he is a fairly decent actor and he has the potential to be great in the role, but all that will be meaningless if the script isn’t good. And after the success of Nolan’s movies (which I begrudge since I consider The Dark Knight Rises to be one of the worst films of 2012), a good script is essential to the movie’s success. And all that’s without going into the possibility that cinema-goers might just be tired of so much Batman.

I would have preferred to see Joe Manganiello as Batman, as per my plan, or Karl Urban, or even Josh Brolin, but I’m fine with Affleck as well. He’s worth giving a shot.

And this brings me back to my point about Wonder Woman and Aquaman and why the DC/WB head-honchos are reluctant to explore these characters.

One of the biggest surprises to come out of SDCC last month was that, given the success of Marc Guggenheim’s Arrow for the CW, that season 2 of the show would introduce The Flash and that the character has been greenlighted for his own spin-off series. Take that into perspective for a second: Wonder Woman has had at least two failed adaptations for television in the last five years and there is no Wonder Woman live-action movie on the horizon because she is considered to be a tough sell and a tough character to adapt. And yet, a character who hasn’t been seen on the silver screen in ages is not only getting a confirmed film in 3 years, but also a television series next year. 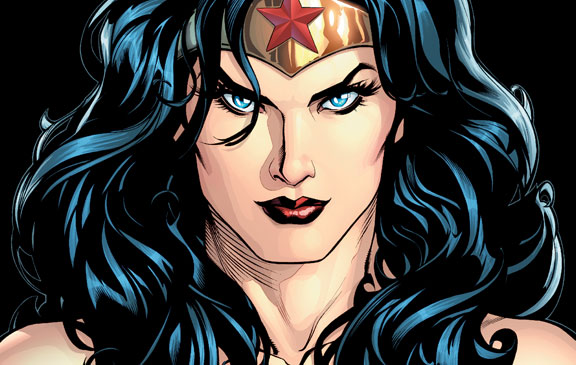 How the hell does that make sense? And this is after the following facts: the Lynda Carter-starrer Wonder Woman television series was a hit (lasting a total of 60 episodes across three seasons) whereas the John Wesley Shipp-starrer The Flash was cancelled after barely a full season (22 episodes) on air. Is CW/DC so willing to ignore all that? They keep kicking themselves in the foot for no damn reason at all.

DC’s big strength out of comics has always been animated movies, where they are thriving without breaks, and television shows. These are its advantages over Marvel. A Wonder Woman television show for a modern audience would have set DC as a trend-setter once again and there is a hell of a lot of things they could have leveraged, such as people’s nostalgia from the days of Lynda Carter, the global popularity of a female character that is bigger than any such character that Marvel can call upon, and just the high profile nature of the character in comics in general.

And yet, we get nothing. SFF author Scott Lynch recently posted quite an interesting treatment for a Wonder Woman movie on his blog a while back (to be found here). Go ahead and read it. Its a good approach to the character that roots her in both the “real” world and the mythology that is her legacy. To use DC/WB/CW’s own terminology, Lynch’s portrayal is uncomplicated.

Seriously, all that the decision makers need to do is embrace that Wonder Woman is just as interesting a character as Batman or Superman or The Flash and that she is not any more complicated than these characters. Using “she’s complicated” as an excuse is just a shit-stupid explanation meant to hand-waive any concerns about why this movie is not happening.

Looking at the plans that CW/DC/WB are bringing to the execution table, the future of the DC cinematic universe isn’t all that bright because the head-honchos are playing everything safe. They are not willing to take chances and do something extraordinary, which is exactly what Wonder Woman and Aquaman bring to the table, same as Thor and Ant-Man.

To close off, I’ll paraphrase a meme that’s gone viral on Facebook and Twitter of late: DC says Wonder Woman is too “hard” and “complicated”, Marvel says “here’s a raccoon with a machine gun”.