Since 2013 is now over, its time to do my second “Best of the Best” list, for the second half of the year from July-December. There were some really good reads in this period, and as always, picking the best has been a chore. I always try to keep these lists as diverse as I can and hopefully you agree.

Let’s see what makes the cut and which comes close then!

Best of the Best Novels

The invulnerable, super-strong warrior Infidel has a secret: she’s lost her magical powers right at the moment when she needs them most.

And now, to keep a promise to a fallen friend, she must journey to the frozen wastelands of the north.

Her quest leads her through the abstract realms of the Sea of Wine, where she uncovers a conspiracy that threatens all life. Hush, the primal dragon of cold, has formed an alliance with the ghost of a vengeful witch to murder Glorious, the dragon of the sun, plunging the world into an unending winter night.

Without her magical strength, can Infidel possibly survive her battle with Hush? If she fails to save glorious, will the world see another morning?

The fantastic conclusion to the Spiritwalker trilogy!

Trouble, treachery, and magic just won’t stop plaguing Cat Barahal. The Master of the Wild Hunt has stolen her husband Andevai. The ruler of the Taino kingdom blames her for his mother’s murder.

The infamous General Camjiata insists she join his army to help defeat the cold mages who rule Europa. An enraged fire mage wants to kill her. And Cat, her cousin Bee, and her half-brother Rory, aren’t even back in Europa yet, where revolution is burning up the streets.

Revolutions to plot. Enemies to crush. Handsome men to rescue.

Cat and Bee have their work cut out for them.

Times are desperate for the Rebel Alliance. Harassment by the Empire and a shortage of vital supplies are hindering completion of a new secret base on the ice planet Hoth. So when Mid Rim merchants offer much-needed materials for sale, Princess Leia Organa and Han Solo lead an Alliance delegation to negotiate a deal.

But when treachery forces the rebel ship to flee into territory controlled by pirates, Leia makes a shocking discovery: the fierce marauders come from Leia’s homeworld of Alderaan, recently destroyed by the Death Star. These refugees have turned to pillaging and plundering to survive—and they are in debt to a pirate armada, which will gladly ransom the princess to the vengeful Empire . . . if they find out her true identity.

Struggling with intense feelings of guilt, loyalty, and betrayal, Leia is determined to help her wayward kinspeople, even as Imperial forces are closing in on her own crippled ship. Trapped between lethal cutthroats and brutal oppressors, Leia and Han, along with Luke, Chewbacca, and a battle-ready crew, must defy death—or embrace it—to keep the rebellion alive.

Two men who hate each other.

A legend in the making.

Hadrian Blackwater, a warrior with nothing to fight for, is paired with Royce Melborn, a thieving assassin with nothing to lose. Hired by an old wizard, they must steal a treasure that no one can reach. The Crown Tower is the impregnable remains of the grandest fortress ever built and home to the realm’s most prized possessions.

But it isn’t gold or jewels that the wizard is after, and if he can just keep them from killing each other, they just might succeed. 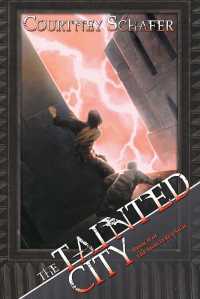 Dev is a desperate man. After narrowly surviving a smuggling job gone wrong, he’s now a prisoner of the Alathian Council, held hostage to ensure his friend Kiran – former apprentice to one of the most ruthless mages alive – does their bidding.

But Kiran isn’t Dev’s only concern. Back in his home city of Ninavel, the child he once swore to protect faces a terrible fate if he can’t reach her in time, and the days are fast slipping away. So when the Council offers Dev freedom in exchange for his and Kiran’s assistance in a clandestine mission to Ninavel, he can’t refuse, no matter how much he distrusts their motives.

Once in Ninavel the mission proves more treacherous than even Dev could have imagined. Betrayed by allies, forced to aid their enemies, he and Kiran must confront the darkest truths of their pasts if they hope to save those they love and survive their return to the Tainted City.

In the 2nd book of the multi-author Sundering series, the shadow legacy of Erevis Cale lives on even as his old foe Mephistopheles seeks to stamp it out at any cost. Cale’s son Vasen—unmoored in time by the god Mask—has thus far been shielded from the archdevil’s dark schemes, alone among the servants of the Lord of Light who have raised him since birth.

Living in a remote abbey nestled among the Thunder Peaks of Sembia, Vasen is haunted by dreams of his father, trapped in the frozen hell of Cania. He knows the day will come when he must assume his role in the divine drama unfolding across Faerûn. But Vasen knows not what that role should be . . . or whether he is ready to take it on. He only knows what his father tells him in dreams—that he must not fail.

Enter Drasek Riven, a former compatriot of Erevis Cale, now near divine and haunted by dreams of his own—he too knows the time to act is near. Shar, the great goddess of darkness, looks to cast her shadow on the world forever. Riven has glimpsed the cycle of night she hopes to complete, and he knows she must be stopped.

At the crossroads of divine intrigue and mortal destiny, unlikely heroes unite to thwart the powers of shadow and hell, and the sundering of worlds is set on its course.

In the Pandorax System, on the death world of Pythos, an ancient secret that has laid buried for millennia has been unearthed…

Ignorant of this terror, troopers of the Catachan 183rd, stranded on Pythos and under the command of Colonel ‘Death’ Strike, find themselves under attack by the forces of Chaos. Daemons in their thousands flock the sky, and none other than Warmaster Abaddon leads the attack. With the Death Guard and Black Legion arrayed against them, the Catachans appear to be doomed, until salvation arrives in the form of the entire Dark Angels Chapter, led by Master Azrael and a host of heroes.

But what is the so-called ‘Damnation Cache’? What secrets does it harbour and why has it also attracted the attention of the daemon-hunting Grey Knights?

As innocent as everything seemed, as much as a part of her wanted to believe that she was the worst person in the fortress, the better part of Farideh knew that wasn’t true. The wizard was up to something, and she needed to know what. Especially if he was the one the devil meant for her to stop.

In the 3rd book of the multi-author Sundering series, the award-winning Erin M. Evans throws her signature character Farideh into a maelstrom of devilish politics and magical intrigue. Captured by Netherese agents and locked away in a prison camp, Farideh quickly discovers her fellow prisoners are not simply enemies of Netheril, but people known as Chosen who possess hidden powers, powers that Netheril is eager to exploit—or destroy.

As Farideh’s friends and sister race across the landscape on a desperate rescue mission, Farideh is drawn deeper into the mystery of the Netherese plot alongside two undercover Harper agents. But will her closest ally turn out to be an adversary from her past?

The bestselling science fiction series of all time continues!

Dune Messiah picks up the story of the man known as Maud’dib, the son of a murdered Duke and now the Emperor of all known space, heir to a power unimaginable, bringing to fruition an ambition of unparalleled scale: the centuries-old scheme to create a superbeing who reigns not in the heavens but among men.

But the question is: Do all paths of glory lead to the grave?

The Republic has fallen.
Sith Lords rule the galaxy.
Jedi Master Obi-Wan Kenobi has lost everything . . .
Everything but hope.

Tatooine. A harsh desert world where farmers toil in the heat of two suns while trying to protect themselves and their loved ones from the marauding Tusken Raiders. A backwater planet on the edge of civilized space. And an unlikely place to find a Jedi Master in hiding, or an orphaned infant boy on whose tiny shoulders rests the future of a galaxy.

Known to locals only as “Ben,” the bearded and robed offworlder is an enigmatic stranger who keeps to himself, shares nothing of his past, and goes to great pains to remain an outsider. But as tensions escalate between the farmers and a tribe of Sand People led by a ruthless war chief, Ben finds himself drawn into the fight, endangering the very mission that brought him to Tatooine.

Ben—Jedi Master Obi-Wan Kenobi, hero of the Clone Wars, traitor to the Empire, and protector of the galaxy’s last hope—can no more turn his back on evil than he can reject his Jedi training. And when blood is unjustly spilled, innocent lives threatened, and a ruthless opponent unmasked, Ben has no choice but to call on the wisdom of the Jedi—and the formidable power of the Force—in his never-ending fight for justice. 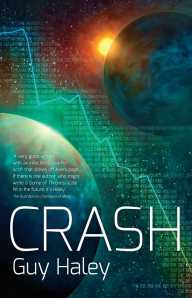 The Market rules all, an Al that plots the rise and fall of fortunes without human intervention. Mankind, trapped by a rigid hierarchy of wealth, bends to its every whim. to function, the Market must expand without end. The earth is finite, and cannot hold it, and so a bold venture to the stars is embarked upon, offering a rare chance for freedom to a select few people.

But when the colony fleet is sabotaged, a small group finds itself marooned upon the tidally-locked world of Nychthemeron, a world where one hemisphere is bathed in perpetual daylight, the other hidden by eternal night.

Isolated and beset, the stricken colony members must fight for survival on the hostile planet, while secrets about both the cause of their shipwreck and the nature of Nychthemeron itself threaten to tear their fragile society apart…

6. Theirs Not To Reason Why #3: Hellfire by Jean Johnson

Her story began in the national bestsellers A Soldier’s Duty and An Officer’s Duty. Now Ia is captain and commander at the helm of Hellfire, where she is finally free to chart the course for the fulfillment of her destiny…

As captain, Ia must now assemble a crew that can rise to the ultimate challenge of saving the galaxy. The hardest part will be getting them to believe her, to trust in her prophecies. If they don’t, her own crew will end up being the biggest obstacle in her race against time.

The Salik are breaking through the Blockade, plunging the known galaxy into war. Ia cannot stop it this time, nor does she want to. This is the terrible price she has seen all along—that some must pay with their lives so that others might live.

Now only time itself can prove whether each member of her crew is merely a soldier or truly one of Ia’s Damned.

So that’s all for now. As you can see the list is only for novels I read in the last six months. There will be a follow-up post, either tomorrow or the day after, and in that one I will cover the top comics I read in the same period. And since there are so many that I did read, I might split it into monthlies and graphic novels, in a post each. Don’t forget to check back!