For this new seasonal list of the best SFF characters I’ve read this year, my eleventh and penultimate pick is Archie and the Riverdale gang from Roberto Aguirre-Sacasa and Francesco Francavilla’s Afterlife With Archie, a new mini-series in the world of Archie that deals with the zombie apocalypse, and in a really good way too. The series started off in the Halloween month and it continued pretty damn strongly in November. With the third issue due imminently, I’m very excited about the continuing madcap adventures of the Riverdale gang as they all deal with the outbreak of the zombie magic-virus.

Hit the break to see why I picked these characters.

The Archie comics, in their various forms, are among some of my favourite reads as a kid. A cousin of mine got me hooked on to them and I read them whenever, wherever I could. Sadly, I didn’t read all that much, but what I do remember is that I had a ton of fun with them. Archie and the Riverdale gang are among some of my favourite all-time characters, especially because of the intense character drama involving the teenage infatuation that many of the characters have with each other. Its all light-hearted fare and I always have a stupid huge smile on my face when I think back to those days, to those reads.

Fast forward to October 2013 and suddenly I hear that Archie Comics is putting out a new series with the characters and that its going to be very horror-themed. Intrigued, I picked up the first issue (review), and ended up being completely floored by it. I mean, a zombie apocalypse in Riverdale! With Jughead and Sabrina at the center of all of it. I was hooked. I wanted more. When the second issue arrived (review), I was even more impressed with what Roberto Aguirre-Sacasa and Francesco Francavilla were doing with the series.

Connecting back with these characters after such a long time, and in such a way too, has proven to be one of the most exhilarating moments of 2013 and I certainly cherish them. Archie, Betty, Veronica, Reggie, Moose, Ethel, Jughead, and the others are some of the most fantastic characters I’ve read, and I’m definitely going to dive back into this world, this setting and these characters very soon, all thanks to the creators of Afterlife With Archie. 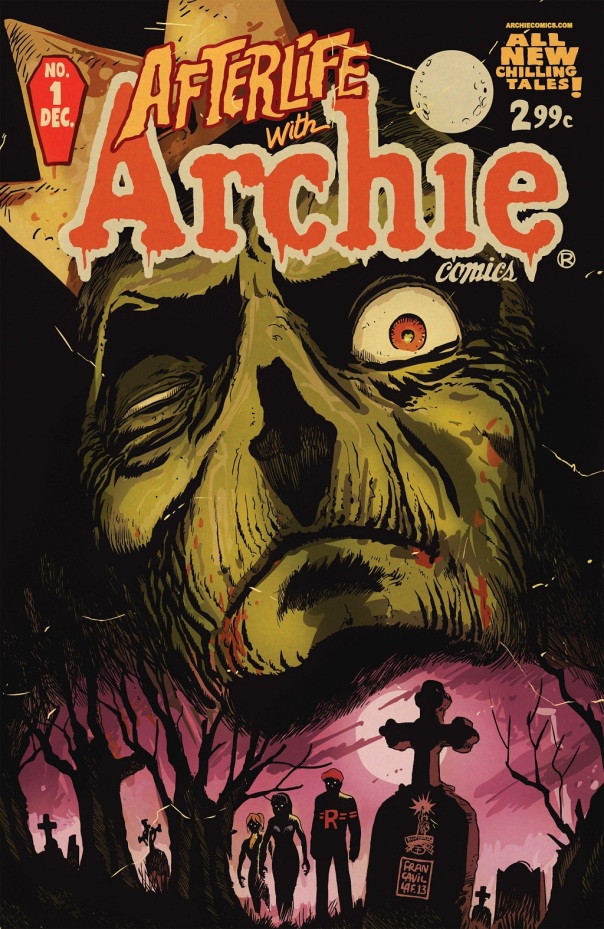