The Hobbit (An Unexpected Journey): The Adventure Begins

I first read The Hobbit back in ninth grade. In many reviews and editorials over the years I’ve said that that was a time when I was really beginning to explore the science fiction and fantasy genres. And that was a time when I was reading the works of some of the biggest names in either, authors like Isaac Asimov, Arthur C. Clarke, J. R. R. Tolkien, Raymond E. Feist, Ursula K. Le Guin, and many others. So suffice to say that (almost) 13 years on, I’ve had a long relationship with the Middle Earth setting. I’ve read The Hobbit, The Lord of the Rings trilogy, The Unfinished Tales and The Silmarillion. And whenever I’ve read either of them, or re-read them, its always been a joy.

A little over a year ago, following the incredible success of his The Lord of The Rings adaptations, Peter Jackson released his long-awaited The Hobbit: An Unexpected Journey, the first in a new trilogy that is based on The Hobbit but not as faithful an adaptation as his previous trilogy. First two movies, and then three, he has said that he would be including materials from various appendices and what not to pad out the entire trilogy, and this is a move that I welcomed. When I saw the movie in 2012, I was extremely impressed with it. It had a few flaws, but the overall effect was just as grand as I remembered from the novel.

Note: The review may contain spoilers. 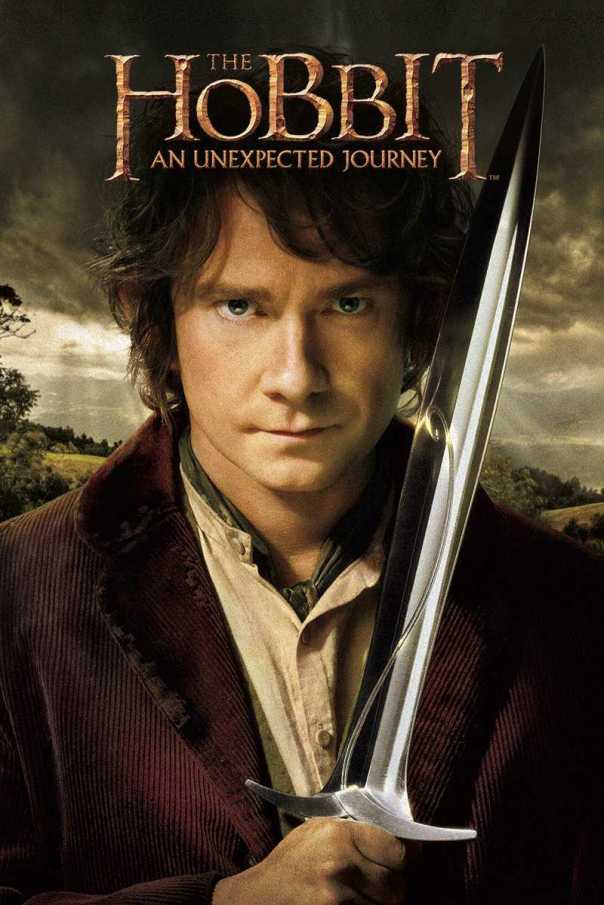 I’m a huge fan of Jackson’s previous trilogy, so my excitement for this one was pretty much automatic. I’ve spent several weekends in the last 6 years doing marathons of the trilogy’s extended edition, the full uncut experience, and its one hell of a ride. So much comes together really well and the changes also gel together. I still take issue with some of them, since he ended cutting out some of the really cool stuff, but I’ve still enjoyed the movies every single time, so I won’t really complain.

The Hobbit: An Unexpected Journey offered a chance to delve back into this world, and get the whole prequel story. Of course, I knew going in that the movie wouldn’t be as close to Tolkien’s own vision as I’d like it to be, especially given all the changes that were announced, so I was prepared for almost anything. Plus, what really mattered was that it had been a while since I’d read the book, close on three years, so I didn’t really remember the exact stuff and was ready to be surprised and wowed.

And the movie did.

One of the most stirring moments in the movie is when Thorin and the dwarves start singing an old song of their race, which hearkens back to the fall of Erebor, the ancestral home of Thorn and his people, now displaced since the dragon Smaug took Erebor for himself. The song, the deep cadence of it and the moment of grimness is pretty much perfect and you just find yourself singing along. I’ve spent many a day since then listening to the entire song on youtube, putting the track on loop. It is a moment in the movie that is cinematographically perfect and is one of my favourites as well.

The next point after that is the much-maligned throwdown between Thorin and Azog the Defiler. In the continuity of the novel, Azog was dead and Bolg was the big Orc character but that’s been retconned for the movies since Thorn has been given a bigger arc and Azog is his big nemesis, to sort of echo Aragorn’s struggle against Sauron, albeit tangentially. The entire setting for the throwdown is really great, with trees burning on all sides, Azog’s Warg Riders to hand and the Company of Thorin Oakenshield is hanging on for dear life. Its a very desperate moment for the heroes and quite a transformative one for both Thorin and Bilbo, which is why I really like it. Watching that scene for the first time, I was at the edge of my seat, tense with anticipation as to what would happen. And Jackson never disappointed.

There are several moments other than these two that are beautifully executed of course. The movie opens up in full with a long sequence detailing the pre-eminence of Erebor and the nearby town of Dale, which prospered well under the friendship of the Dwarves. And then Smaug strikes, reducing Dale to a burnt-out cinder and driving the dwarves out of their home. We barely get to see Smaug in those scenes, but the silhouette of the great dragon still makes a significant impression. His attack is devastating but impressive. And so is the headlong flight of the dwarves while the Elves watch from a distance. Personally, I think this was a great departure from the novel and it really put the entire quest of Thorin and his company into perspective. In the novel, we are only told of this entire tale, in passing at that. But the movie, it gives us the lowdown and does it well.

And then there are the scenes in Rivendell, with Elrond and the White Council which help put into perspective Gandalf’s eventual departure from the quest to go to Dol Guldur instead and confront the darkness gathering there, to confront the supposed necromancer who has taken over that place. This side-quest is actually depicted in the second movie, The Hobbit: The Desolation of Smaug, and is one other extra scene added in which comes quite totally awesome.

Throughout the movie, it is very apparent that Jackson is tying The Hobbit to his The Lord of The Rings trilogy. It was inevitable really, given the success of that trilogy and the mentality of studio execs who prefer to do more of the same, no matter what property or whatever it is. In terms of the tone and the parallels between the character arcs of the protagonists from both series, the similarities are all there. It is important to keep in mind, I think, that the movies have to be looked at as adaptations that deviate fairly significantly from the source material. You can’t go in to The Hobbit expecting the same atmosphere and tone as Tolkien’s novel. That would be a mistake. Perhaps if The Hobbit had come out before The Lord of The Rings, that might have happened but not with the reality that we have.

And in that vein, though I haven’t read the novel in ages, there are things that I definitely picked up on as deviations. And I am totally cool with it. Jackson wants to build a more immersive theatrical vision of Middle Earth as Tolkien imagined and I totally support that. He is letting the side stories, the appendices, etc get their day in the sun. As a Middle Earth nerd (albeit not a good one), this is just more for me as a fan to take in and every second is precious.

Sure, this often creates pacing problems for the movie, and The Hobbit: An Unexpected Journey suffers from that significantly in the first half. And this is perhaps the greatest fault of the movie. The scenes that are all added, many of them really stretch out the story and the movie often becomes unwieldy, struggling to hold it all together. Don’t get me wrong, I loved all the added material, but perhaps some of it could have been pared down and cut, saved for the extended edition perhaps. Consequently, the first half is the slowest part of the movie since we spend overlong on Bilbo and his life in the Shire before things really get moving.

All said and done though, I think that Peter Jackson really pulled off a winner here. Whether through dialogue or the scenes like the one where the trolls try to plan how they are going to eat Thorin’s company, there’s still that veneer of simplicity and humour that characterised the novel. It all doesn’t come off quite as comical or hilarious as it does in the novel, but it is all still there.

In terms of the acting, I really, really liked the movie. Everyone in it was excellent. The movie has a fantastic and extensive cast so I can’t really go into all of them, or even hope to cover a significant majority here. So I’ll just cover a small sample and go over the more major characters.

Martin Freeman as Bilbo was fantastic. I’d never seen him in anything before, and he was quite a surprise package. For me, he perfectly captured everything that I love about Bilbo from The Hobbit and it is tough to imagine anyone else in that role after his performance. He had a very particular intensity in his acting that served him really well as Bilbo and was definitely a highlight of the movie. Ian McKellen as Gandalf, I can’t really say anything that other people the world over haven’t said about him. He is a treasure. He’s been great in every movie I’ve ever seen him in and this movie is absolutely not different in any way. Richard Armitage as Thorin Oakenshield channeled a lot of Viggo Mortensen’s Aragorn/Strider from The Lord of The Rings but he created a presence of his own in The Hobbit. He was something I did not expect, and his quiet attitude definitely added to his performance. Of all the dwarves, I love him the best.

Others, like Aidan Turner’s Kili, Graham McTavish as Dwalin, Ken Stott as Balin, Cate Blanchett’s Galadriel, Hugo Weaving as Lord Elrond, Christopher Lee as Saruman the White, and others, they all did a stand-up top job too. And the biggest surprise of all of them was Manu Bennett as Azog. Manu is Slade Wilson/Deathstroke from CW’s Arrow, an adaptation of DC Comics’ vigilante hero Green Arrow, a member of the Justice League, and Manu’s performance on the show has been stellar in all his appearances that I’ve seen. Sylvester McCoy, who portrayed the crazy wizard Radagast the Brown and debuted on the movie with the Rabbits of Rhosgobel, was a pure joy to watch.

But I have to say, Andy Serkis as Gollum pretty much stole the show. All of Gollum’s scenes with Bilbo are wonderful. Pure and simple. The entire scene with the riddle competition between them is something that I was really looking forward to and both the actors delivered an amazing performance that took me back to my days reading the novel. Another amazing highlight of the movie.

Finally, the musical score/soundtrack, composed by the always-impressive Howard Shore and performed by the mind-blowing London Philharmonic Orchestra. As I said earlier, the song “Far Over The Misty Mountains Cold” is an amazing song that really gets you pumped up, with the entire instrumental backup and the performance by Neil Finn is one of the best that I’ve ever heard. The soundtracks for the The Lord of The Rings trilogy were already pretty damn good but with The Hobbit: An Unexpected Journey, the bar has been set higher.

Interestingly enough, oftentimes music is used as a key to bridge the gap between this movie and the previous trilogy. This happens particularly when the music from the trilogy is reused in the significant moments to parallel the character arcs from the previous movies. Its a small subtle thing but I loved it.

All in all, The Hobbit: An Unexpected Journey was a movie that I had very high expectations from, and it delivered. I happened to watch it in 3D too, and while the experience was pretty damn good, it has been even better watching it on home media with a big-ass television screen, the lights turned down, and lots of popcorn to hand. That’s how I roll.