The Die Hard films can be a bit hit and miss, especially of late. The original movies are fairly decent, the new ones not so much. Last year, we got to see the fifth film in the franchise and its the worst of them all to date. As I said in my review of it last year, even the fourth film was quite a bit better than this. This one is just a regurgitation of the kind of things that made the previous movies good, but executed poorly.

A Good Day To Die Hard, apart from a ridiculously long name, is just not the kind of action movie I want to see, especially not one with Bruce Willis’ acting power behind it, which suffered here in fact. When the material is bad, not even one of the world’s best actors can do much about it. 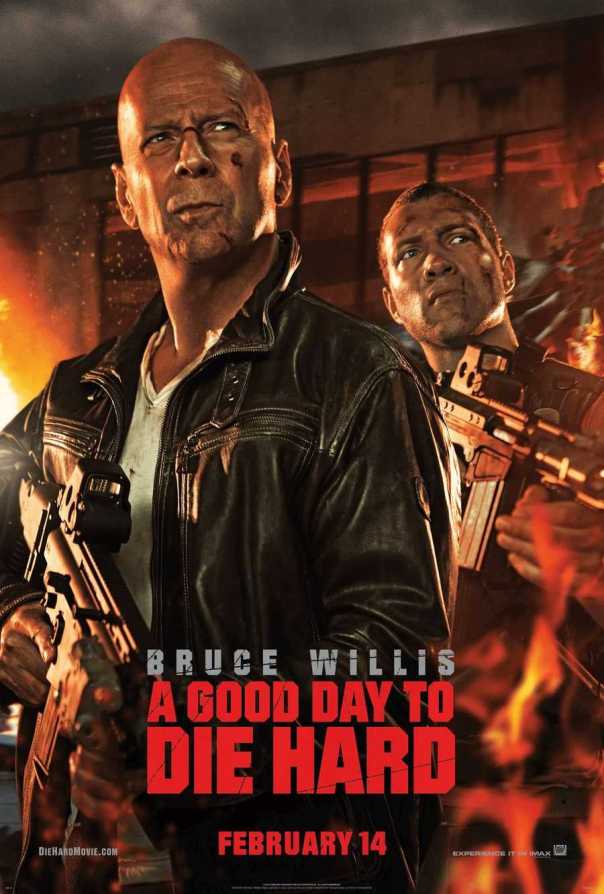 First, a confession: this is only the second Die Hard film that I’ve seen, the other one being the fourth installment, Live Free Or Die Hard. I’ve seen bits and pieces of the first movie over the years, but never in full, so I suppose that that doesn’t really count. So my thoughts on both films are in that “limited” context.

Now, I thought Live Free Or Die Hard was a decent movie, if a bit too much of a spectacle with its action sequences and the plot. However, it is a film that I can watch again, and actually have. A Good Day To Die Hard however, is not that good at all. It has a loose plot with holes bigger than a Dreamliner commercial aircraft, and some pretty boring dialogue and characterisation. The only really good thing in the film is the action. It’s over the top and extremely noise, but it is brilliantly executed.

Generally, I find Willis to be a pretty great actor. I loved him in Pulp Fiction, 12 Monkeys, The Fifth Element, Armageddon, Lucky Number Slevin, RED and a few other films, and I’m looking forward to seeing him as General Joe Colton (the first G.I.Joe) in G.I.Joe: Retaliation. You could say that I’m a fan. A Good Day To Die Hard makes me not want to be a fan though. I can’t decide if it was just that his character, John McClane, was written terribly, or it was also a relatively lackluster performance that was at work here. His dialogue delivery seemed to be pretty average, as if his heart wasn’t in it. There was rarely any intensity or focus to him. Very disappointing. I thought at first that Willis was pretty much on form here and that this was going to be one of his better performances, but on further reflection, and in writing this review, I realised that Willis in A Good Day To Die Hard was just not that good at all.

Jai Courtney as his son, John “Jack” McClane Jr. was quite good though. I’ve only seen him in Jack Reacher (another average movie) and Spartacus and I really like his acting. His character brings a lot of the intensity and focus missing from Willis’ character, and he is easily one of the highlights of the film. His emotional expressions range is a bit weak however, but other than that, pretty damn good.

The villains, Sebastian Koch as Yuri Kamarov and Radivoje Bukvić as Alik, were extremely disappointing. There was no menace to them other than a tough-guy trope and the performances by both contributed to a mostly terrible movie experience. The script is a lot to blame for this, because it doesn’t give either of them much to work with, and they don’t have that much screen-time anyway.

The story itself is all by-the-numbers and quite predictable. There are almost no surprises in it, and it is full of plot holes, especially in the second half. The location of the final showdown had me shaking my head and I kept wondering why the characters didn’t wear any safety gear after all the “setting the scene” was done. One sequence had a bodyguard/enforcer type character running topless through the compound. Given the setting, I was like… really? 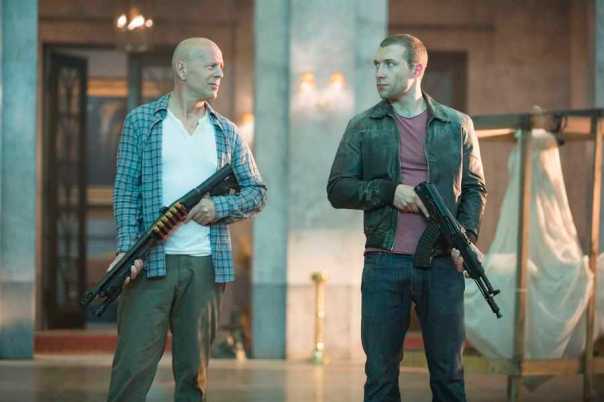 Another thing is that the plot appeared to spotlight the troubled relationship between John and Jack, but other than some typical by-the-numbers dialogue and scenes, nothing was ultimately made of it. It was just an extra thing that the writer threw in to make the viewer care. I did care at the beginning, since the relationship is John’s impetus to go to Russia and bring his son back home, but after a while, I could not be bothered. The witty dialogue between the two, whenever it came to their relationship, made me cringe.

What the movie lacked was depth and nuance. John Moore has gone for a visual spectacle with a pretty weak script that ultimately goes nowhere. I’d say watch the movie at least once, because the action sequences are really awesome, and because Jai Courtney delivers a great performance, but other than that, don’t really go in expecting a whole lot. Otherwise you will be quite disappointed. It’s a dumb action movie, with very little to recommend it. You are far better off watching Expendables 2 instead. That’s a far better movie than this one.