The twelfth and final pick for the “12 Days of Best Covers of 2013″ list is the cover for author Erin M. Evans’ latest Forgotten Realms novel from Wizards of the Coast, The Adversary. This novel is the third in her Brimstone Angels series that features a pair of twin Tiefling teenage sisters, one a spellcaster and the other a warrior, and is also the third novel to be set in The Sundering, the current big event of the Forgotten Realms setting. I started reading Brimstone Angels last year and all the three novels in the series have been quite good. They’ve maintained my interest in the Forgotten Realms setting and have provided a great counterpoint to all the other novels I’ve read in the setting.

The twelfth and final comic cover that I pick is Matteo Scalera and Dean White’s brilliant cover for Black Science #2 from Image Comics. Written by Rick Remender and drawn by Scalera, this series debuted last month and has been one of my best monthly reads for both November and now December. A (weird) pulp SF adventure that also involves dimensional travel and alternate history, the series has some great characters and some truly fantastic art. It is, for sure, one of the best new comic series of 2013.

Without further ado, hit the break to see both the covers in all their glory! The full list of all these covers is available here.

The Adversary by Erin M. Evans

Why: The reason I love this cover is two-fold. One, Farideh is one of my favourite fantasy heroes and I love reading about her in the Brimstone Angels novels. Two, the entire composition, with a certain Shadovar stronghold in the background, and Farideh prominently in the background, in an action-packed pose no less, is just amazing. Of the three The Sundering novels I’ve read so far, this is definitely the best of the three. 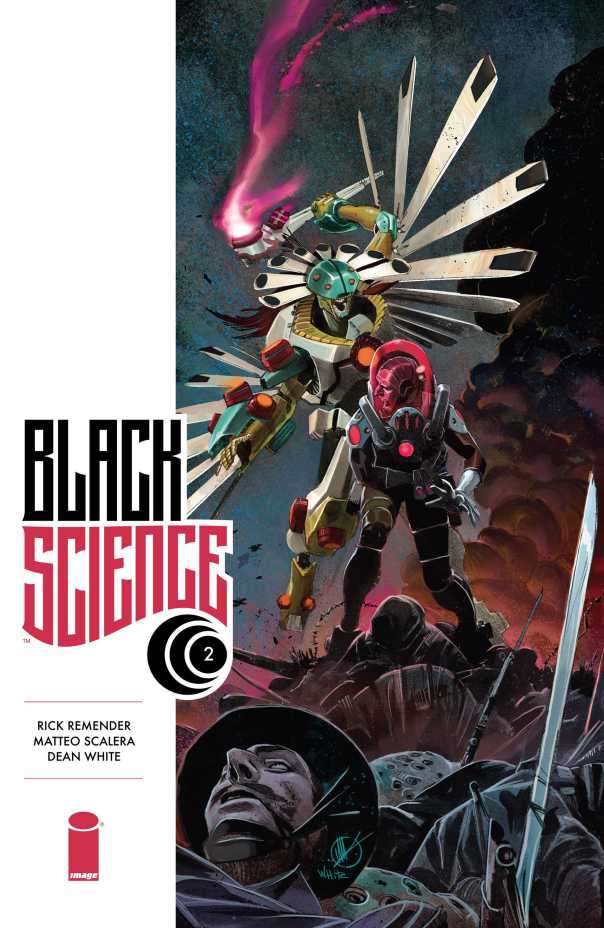 Why: Black Science is a series with its feet firmly in two separate places. The first is an alien world where frogs are the dominant intelligent species. The other is an alternate earth where World War II era German soldiers are the big antagonists, although not quite the top dog, for that is a big twist in the second issue. Scalera and White’s cover here features both these worlds prominently and links them together with the presence of Scientist Grant here, who is one of the lead characters of the series. I just love Scalera and White’s aliens in this series and this cover is a fantastic example of that.